Hope to get to take this to LBL this year for my deer camp.

My old RK Lodge. It was an eighteen footer. I later downsized to a fourteen foot. The photo was made in 1976 at Camp Boxwell boy scout reservation.
Myself and three friends made and epic mule deer hunt to Colorado a few years later and during the hunt we were camping in a tipi. 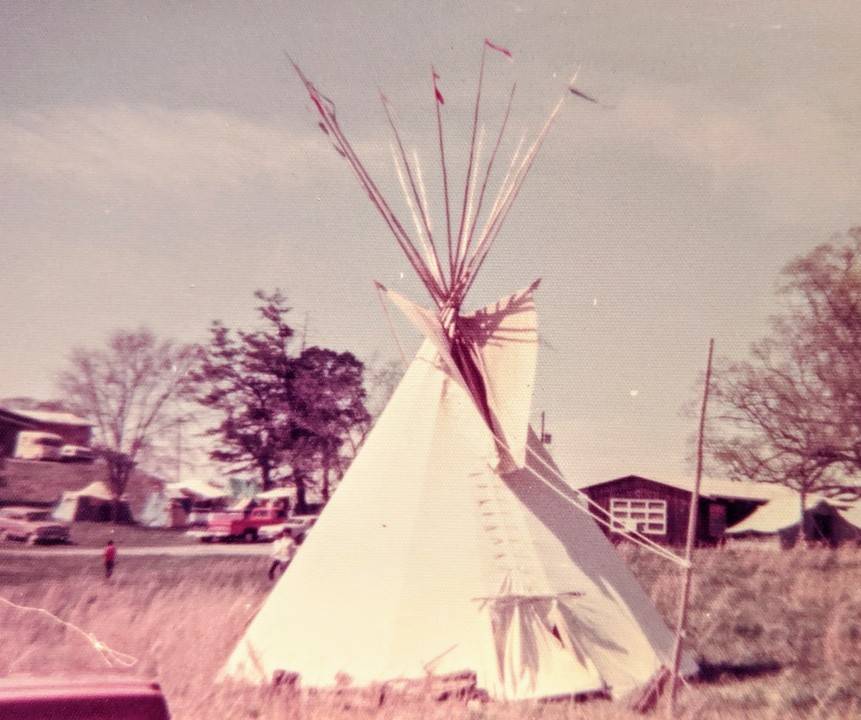