What do I have here?

I've had these pieces for decades, believe they came from Middle TN.
Can someone give me some information on what they are? 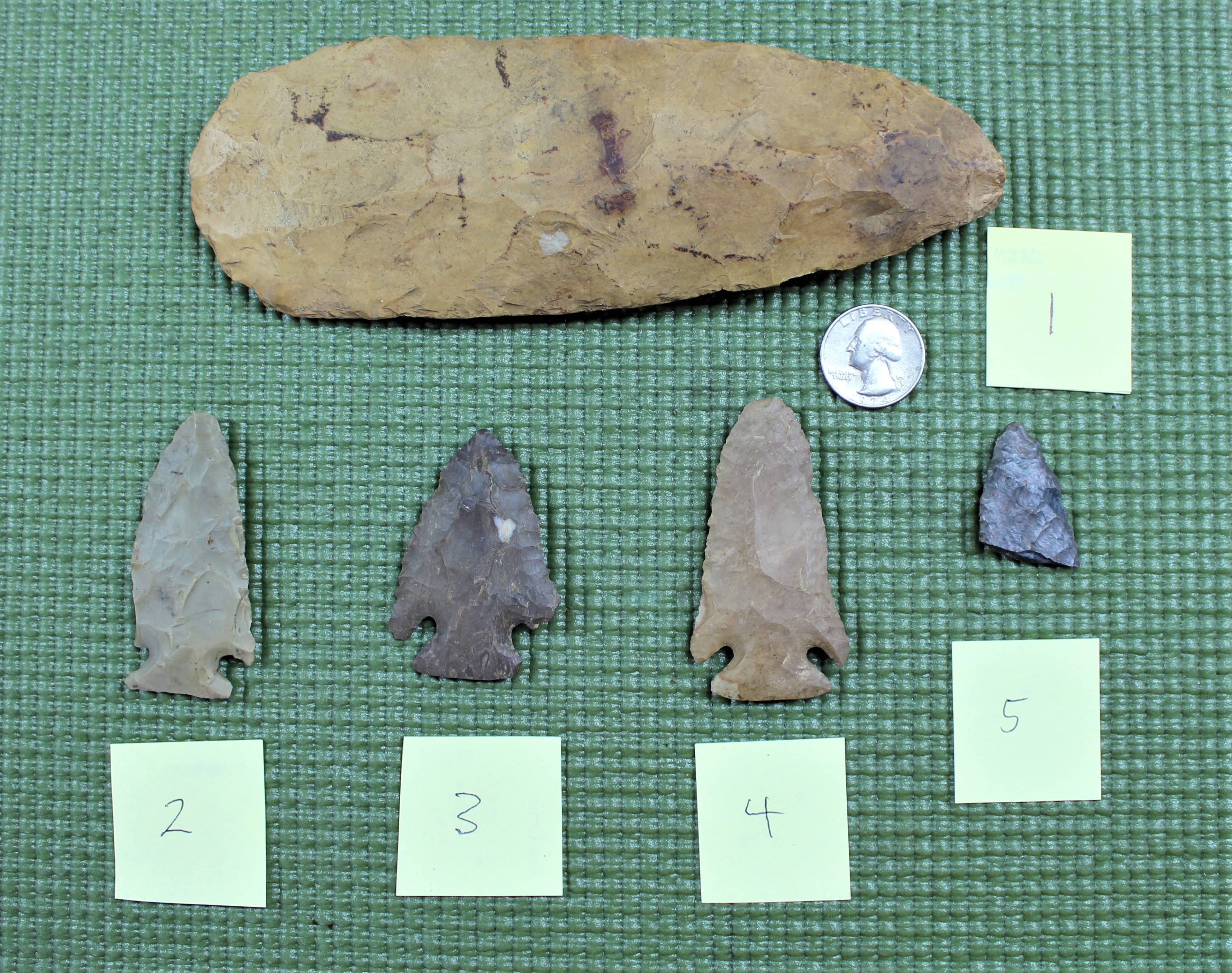 Some awesome looking pieces you have there.

I'm not much help on the ID....but you have some nice pieces....thanks for sharing....I love and appreciate seeing nice artifacts..... motivation to keep looking.

Number 1 is either an adze (look for bit polish) or a preform, number 3 could be a Lost Lake if the left side edges are beveled. If not, it’s a Kirk Corner Notch, along with the others.

I see a quarter. And some arrow heads. Nice finds
W

Nice finds! I have similar field finds from Hardin County.

Eli_Jennings said:
I see a quarter. And some arrow heads. Nice finds
Click to expand...

Took FOREVER to get a quarter in that condition.

The bottom points look like Kirks to me too. Even if one is a lost lake it’s still in the kirk cluster/family. I don’t see a bevel from the picture so I’m saying Kirks.

The top one...I was flipping back and forth between your first picture and the second one. In one picture it looks like an adze but the second picture (showing the opposite sides) TO ME it looks like it at one point, it had a base and has been fractured and anciently reworked into something else. In picture 2 you can see the notches. I would just call it a big blade. Looks like fort payne material. Anyways you cut it, nice pieces.

What exactly is a lost lake?
P

TNGRIZZLY_ said:
What exactly is a lost lake?
Click to expand...

TNGRIZZLY_ said:
What exactly is a lost lake?
Click to expand...

Lost Lakes are part of the Kirk Cluster of points. Early Archaic in age, and mainly found in the the East Central region of the US.

They are named after the type site itself, which is in Limestone county Alabama.

They are broad, deeply corner notched blades made from higher grades of raw chert, and usually possess excellent craftsmanship. They are known as “beveled” points because of the resharpening process, which entailed pressure flaking the left hand side of each face until the point was used up. It produced a rhomboid cross section and gives a distinctive look.

Use- wear analysis shows that they were used as knives.

Here is a reproduction that I knapped.