Smile Says it All

My 10 year old decided that he was tired of buck hunting yesterday morning and shot this 92 lb doe. This is his 2nd deer of the season after passing several bucks and does in between. He has been super patient this year but has killed several deer which is why he has held off on shooting some. He did miss a small 8 pt yesterday morning which I don't know what happened but said he wasn't too disappointed as it still wasn't the buck he was after. Either way, he redeemed himself with a nice shot on this deer with the 7mm-08 which was much harder than the buck. She dropped in her tracks and never knew what hit her. I am super proud of how hard he has hunted this year, and the patience that he has shown. This by the way is self imposed by him and not me. I am just along for the ride.

I am ready for him to fill that 2nd buck tag as I'm getting tired of getting up at 3:30. Maybe we will see that buck this afternoon after church. 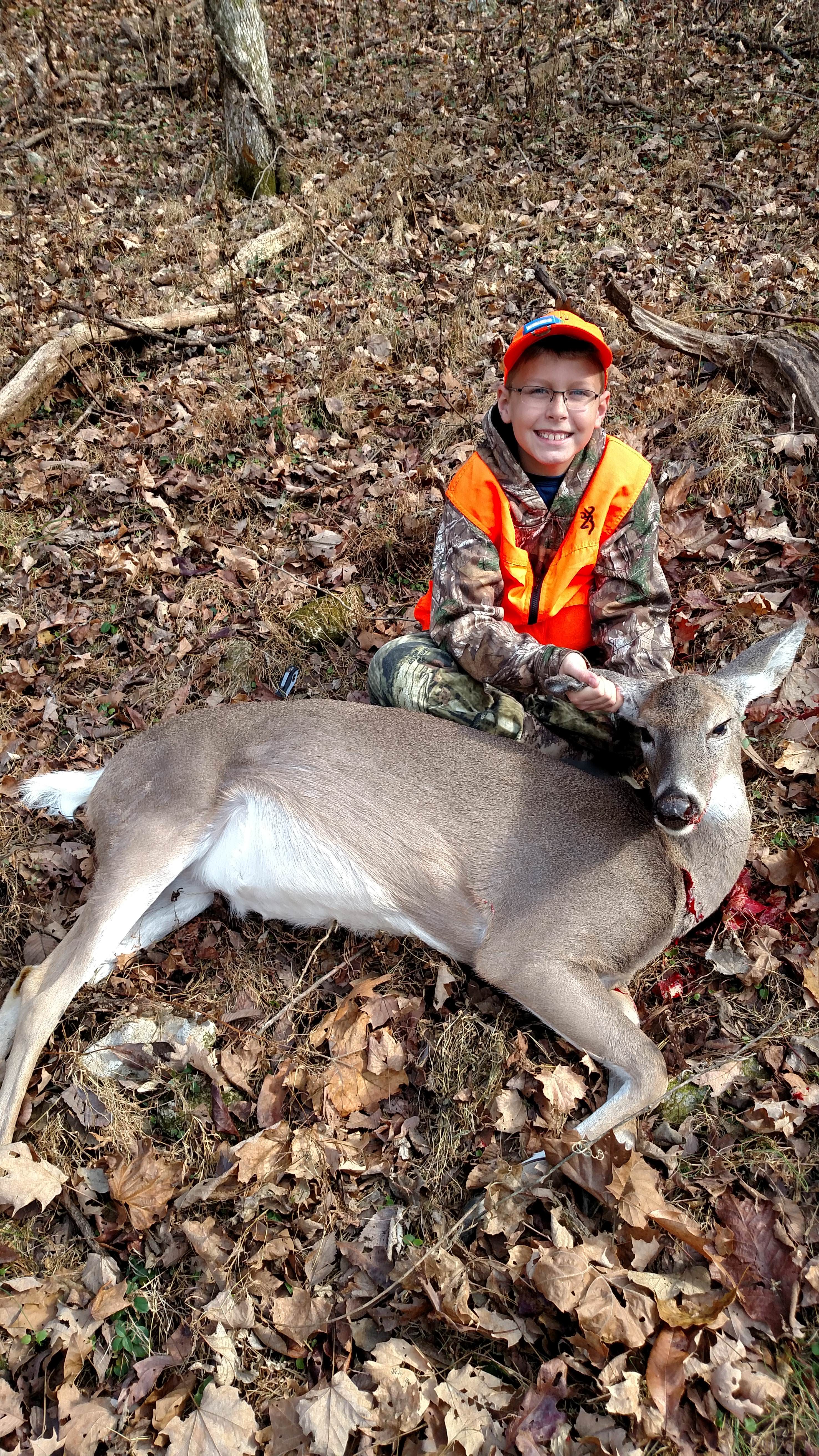 That's awesome! Good for him and you

Sent from my LG-H820 using Tapatalk

Congrats to that young hunter

Congrats to the youngster .

Well done, huge congrats to both of tou

Congrats to your son!
P

Congrats on the harvest

It all finally came together
3 4 5

just about made it all year.