I really liked that thread on .22 Camp Revolvers. I love 22's, especially handguns. I like rifles but pistols are my thing. Kind of a reverse Quigley Down Under thing. Relatively inexpensive to shoot. Low recoil. Great for training new shooters as well as keeping your skills sharp. And good for all kinds of critters too.
Anyway here's the good stuff... 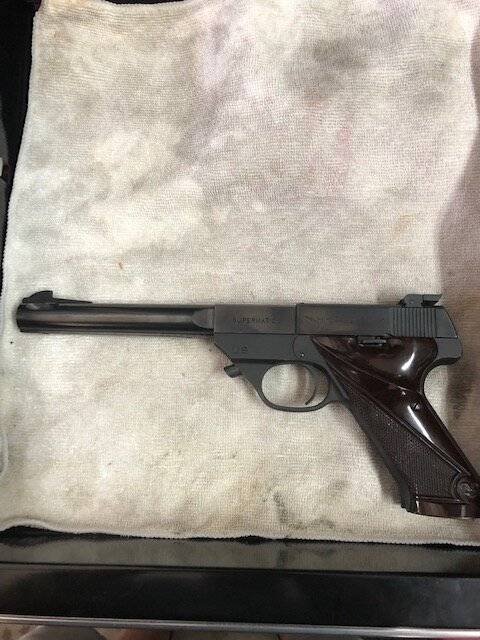 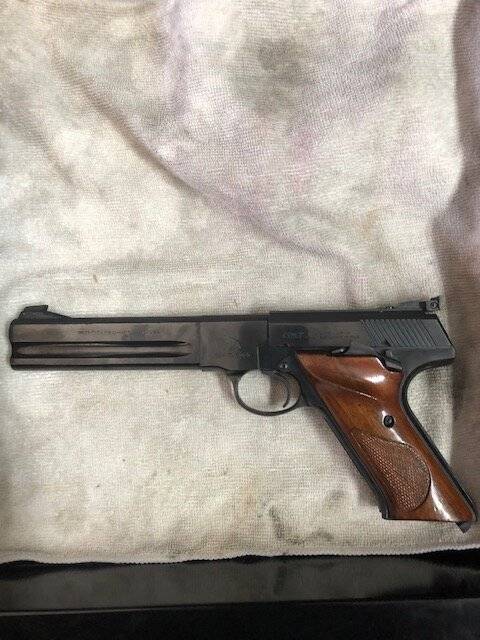 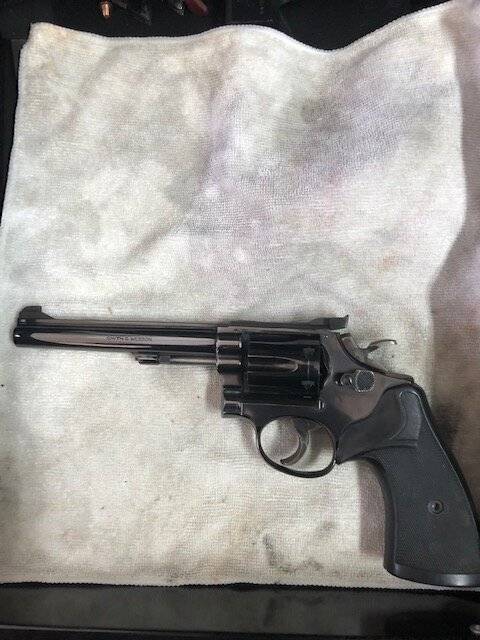 Smith and Wesson Model 17 with Target Trigger and Target Hammer. Shoots so sweet. The trigger is like butter. 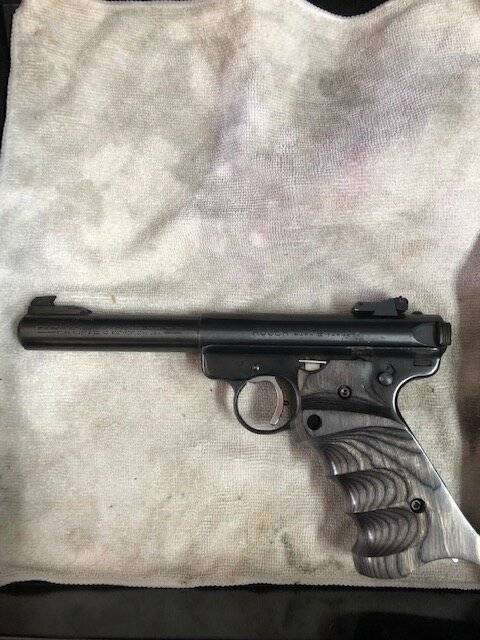 Ruger MKII with a couple upgrades... 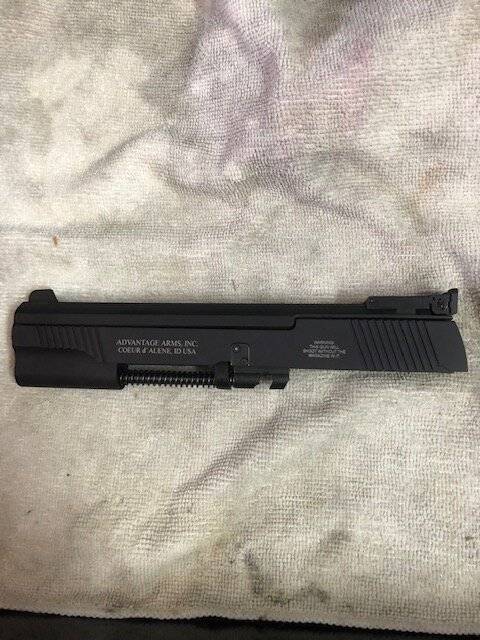 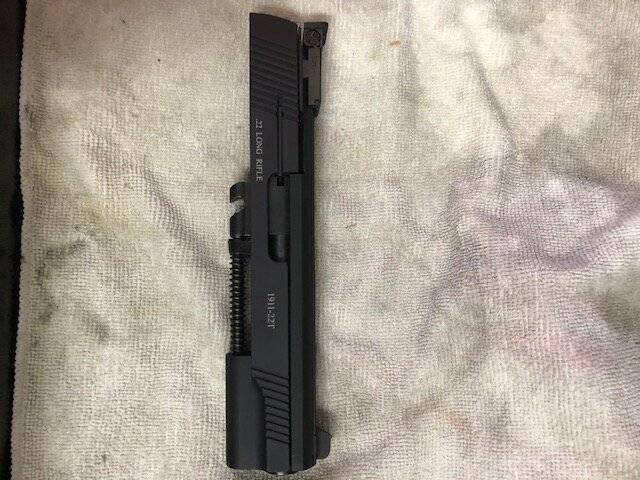 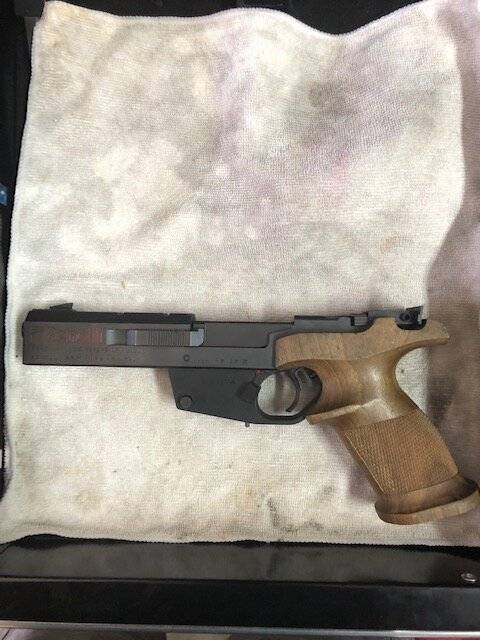 Benelli MP95 target pistol. Made by the same company that makes the fancy Italian shotguns. Magazine is inserted in front of the trigger.
They don't make these anymore. They dont make most of the pistols pictured so far anymore for that matter. lol 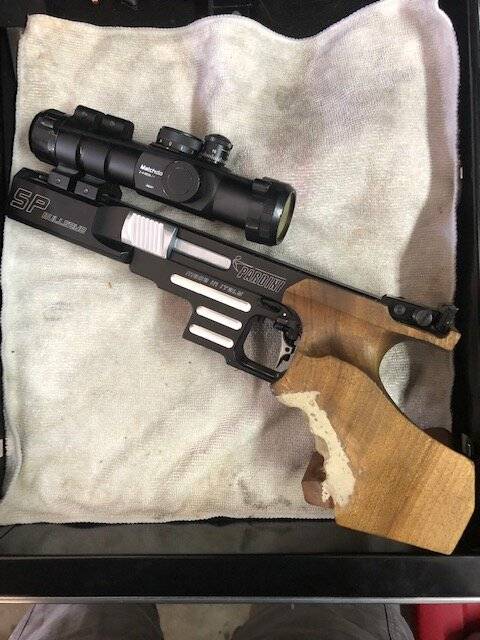 And this is my pride and joy. A Pardini SP Bullseye edition. The sight is an Ultradot Matchdot II. No magnification, just a red dot to make it easier for
old eyes to see. I have had the grips customized to my hand by the assistant US Olympic Pistol coach.
Just loosen one screw and the barrel and slide come off and can be replaced by a .32 acp barrel.
They are all match pistols and I have shot all of them in NRA Bullseye matches. I think I could give some squirrels hell with that Pardini red dot combo. Dont think I could find a holster for it though lol

It was a shame about that boating accident...

Sweet collection! I have an old .22 revolver and a Ruger sr22
S

Nice collection. I had a Marvel 1911 conversion made by Nelson that was my favorite bullseye pistol.
L

skipperbrown said:
Nice collection. I had a Marvel 1911 conversion made by Nelson that was my favorite bullseye pistol.
Click to expand...

Those are excellent conversions for sure. I want to get one of those too. lol

Your pics confirm to me that you are indeed a 22 pistol aficionado. Nice collection, indeed.

Location
The Birthplace of Davy Crockett

I too love .22 pistols. I have a couple that if something happened to them, I’d be finding and buying another before the week was out. I carry and shoot ‘em all the time
M

Yes. My favorite is hi standard HD military. Can’t get a magazine for it, unless someone knows where old gun accessories can be found!
L

Methane said:
Yes. My favorite is hi standard HD military. Can’t get a magazine for it, unless someone knows where old gun accessories can be found!
Click to expand...

There was a really good hi standard website ran by a guy named John Stimson Jr who had all kinds of good info about everything to do with Hi Standard pistols but it looks to have disappeared. Hopefully the guy is still alive.
I did a quick internet search and they are out there, although a little pricey, around $45 each. In my opinion worth every penny if it will get the old gun shooting again. Good Luck.

Methane said:
Yes. My favorite is hi standard HD military. Can’t get a magazine for it, unless someone knows where old gun accessories can be found!
Click to expand...

Check eBay. I have purchased a few hard to find magazines for older firearms. Link below may help.