Pic IN the Casa

What would it be if Hillary had won? LOL

Sent from my SM-G900V using Tapatalk

Hopefully we’ll see more of this

My old work 401k that i've not put anything into since 2015 had dropped almost 10k up till the election. Since the election it's gone UP 29K as of this AM. Glad to have Trump running things.

If I knew and understood how it all works, I would play around with my 401K. I have it in the default mode. It is doing fine and making money but probably not as good as it could be. I have seen folks try to explain it on here but it is all jibber jabber to me that makes absolutely ZERO sense.

I've been talking about this for nearly a year. Since the Election the markets have been on fire. The Dow is up 26% the NASDAQ is up 29% and the S&P is up 20%. 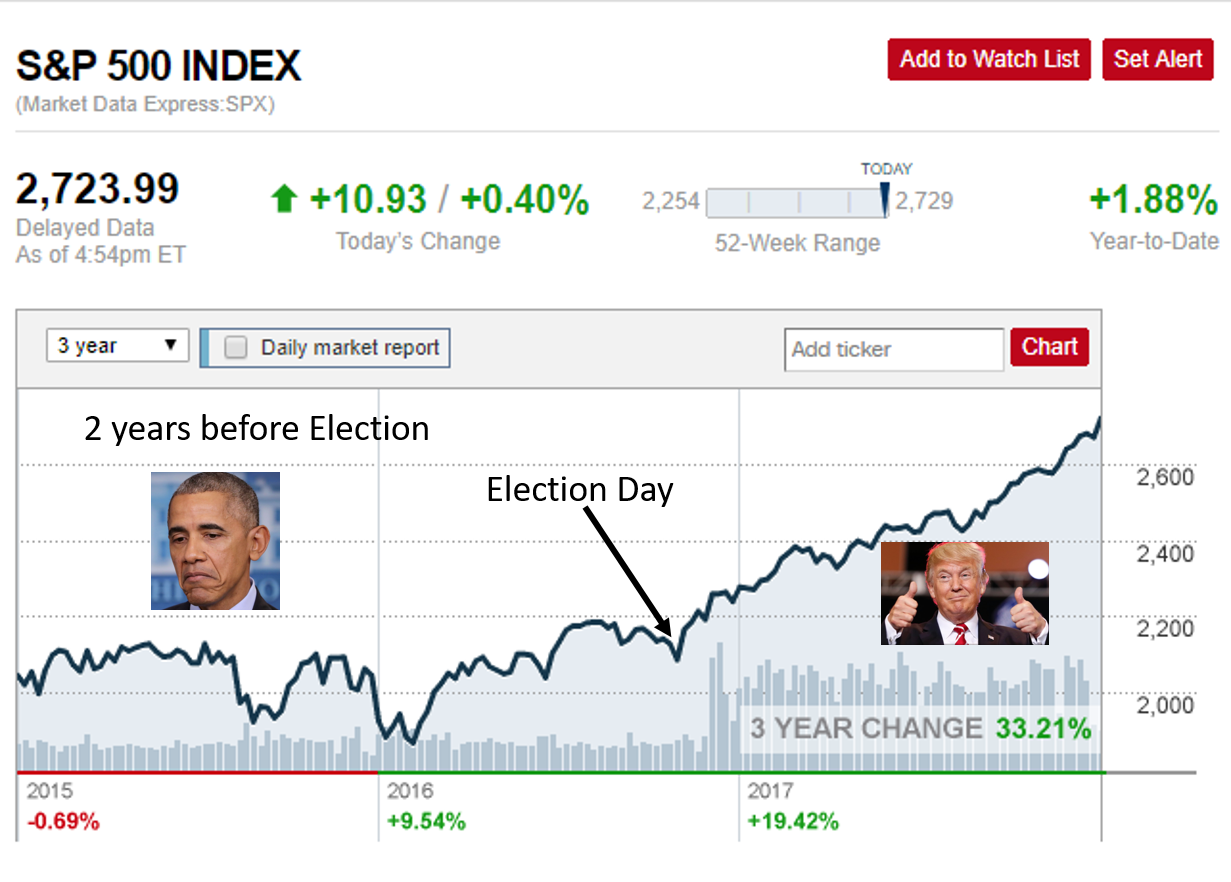 And its not just the Markets. The entire economy is in great shape. Consumer confidence at 13 year high, Unemployment at over a decade long lows, Per capita income is at all time high. GDP finally back over 3% after years below 2% even below 1%.

Campaign promises:
ISIS has been crushed, He's moving forward on the border wall, Illegal immigration is down, he's targeting illegal violent immigrants(MS-13), No more individual mandate on healthcare, nearly everyone taxes are going down including corporations.

He wasn't my first choice for president, but its refreshing to see a president actually do the things he said he would do during the campaign.