Jim Parker of Warrior, Alabama puts on a pretty good show so if you are interested in the American longrifle then this would be the place to be. It should be an excellent display of both antique and contemporary traditional muzzle loaders. If you are close by and looking for something to do then come visit. I have a table with a few items on it with a couple I might sell. 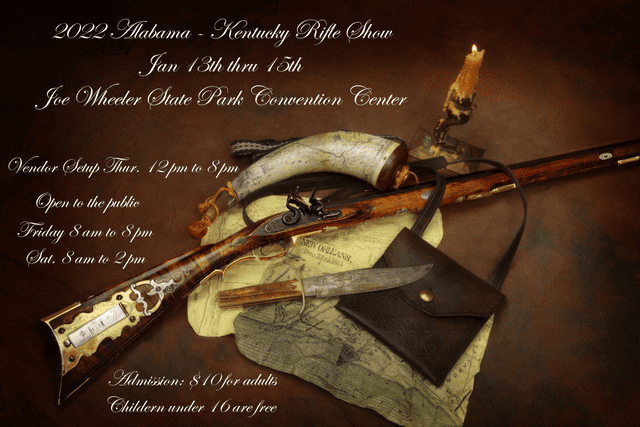 I have been thinking of attending. Never been to this one.
I regularly attend the Tennessee/Kentucky longrifle show north of Knoxville and am wondering how the Alabama show compares with it.

Rancocas said:
I have been thinking of attending. Never been to this one.
I regularly attend the Tennessee/Kentucky longrifle show north of Knoxville and am wondering how the Alabama show compares with it.
Click to expand...

It is a good show and sold out....83 tables. You'll see some of the same folks that you see in Knoxville but others as well. One of my favorite parts of a show like this is visiting with old friends and making new ones.

It’s my lucky day, someone canceled yesterday so I got a table and a room!

I gonna miss this one again…. Just too much going on at the moment..

We were hoping we'd see ya there, John.
S

I was wanting too go , but my Wife is still doing pt on Monday,Wednesday & Friday & I’m her designated driver…..

Right knee replacement this time ,so she’s still not able too drive safely…. Hopefully in another few days I’ll be out on work release…. lol

It was a great show. Lots of talent there for sure.

This guy does powder horns but also some unique horns. Can you can spot the cricket horn? 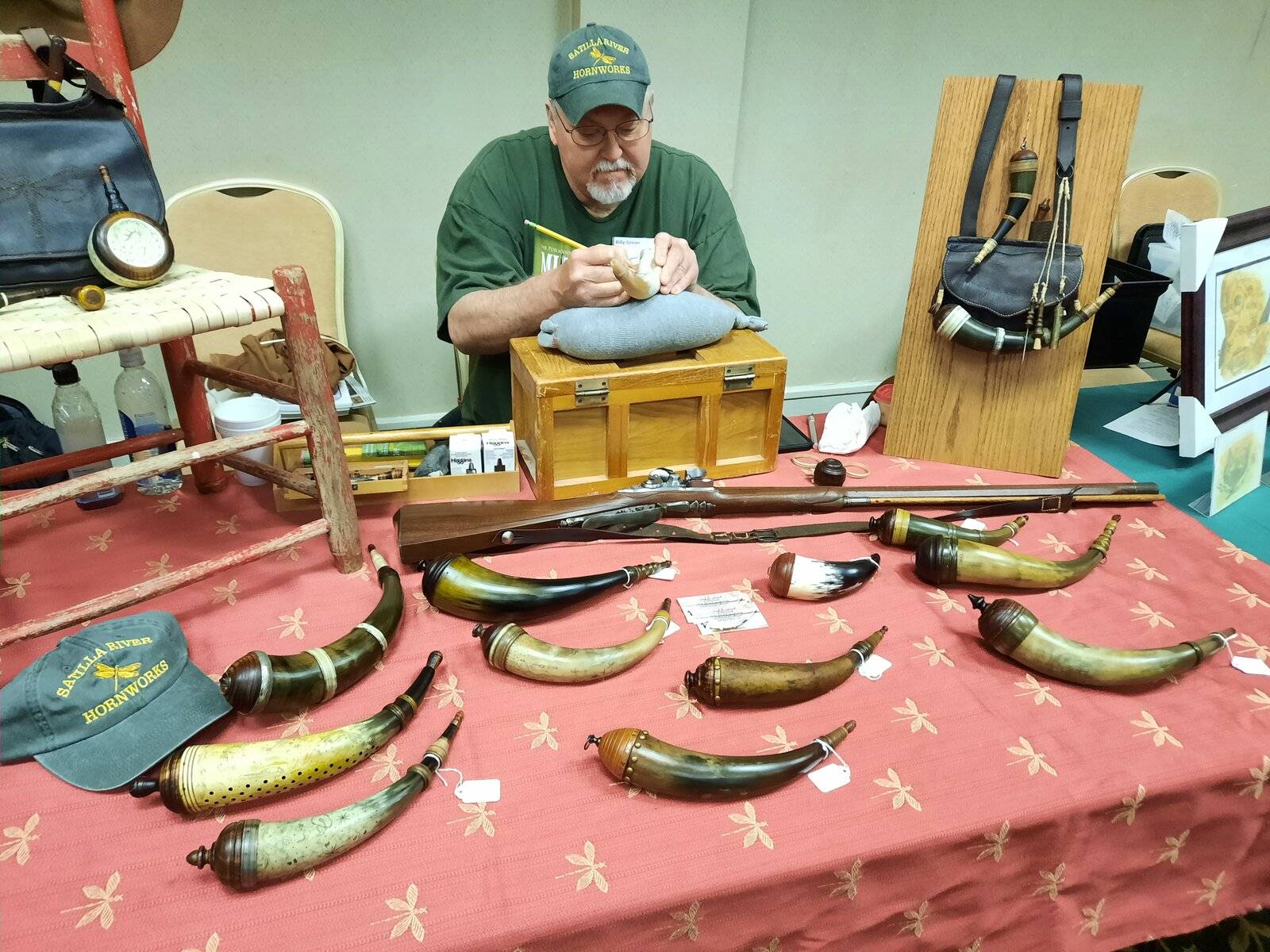 I believe that is Billy Griner out of south Georgia. He does some wonderful horn work. I've seen him at several shows. I had been looking for a southern banded powderhorn at last year's TN/KY show and so was looking for Griner there.
In the picture I see one banded horn on the table and two more hanging with the bag on the board.
However, before I got to Griner's table I came upon Ron Hess, another Georgia horn maker. Hess had exactly what I was looking for, and the price was right, so... My banded horn, by Hess, is a lighter color than the three of Griner's that are pictured.

I had thought of going to that AL/KY rifle show, but because of the distance it would have meant an overnight stay for me somewhere. It sounded like that show is about the same as the TN/KY show near Knoxville that I attend regularly, so decided to pass on it.

Rain here this morning and then it changed to snow. Snow still coming down.
I spent a couple of hours today running round balls and fishing sinkers.

You are correct...that's him. If you have a Hess you definitely have a heirloom. Tim Crosby and Walter Mabry were also there, both excellent horners. I was wondering if you made it. I will be at Knoxville if nothing breaks bigger than a shoe string.

Thanks for posting the great pics Guys!

Here's a couple of close up pics of the cricket horn. Check out the scrimshaw on it. 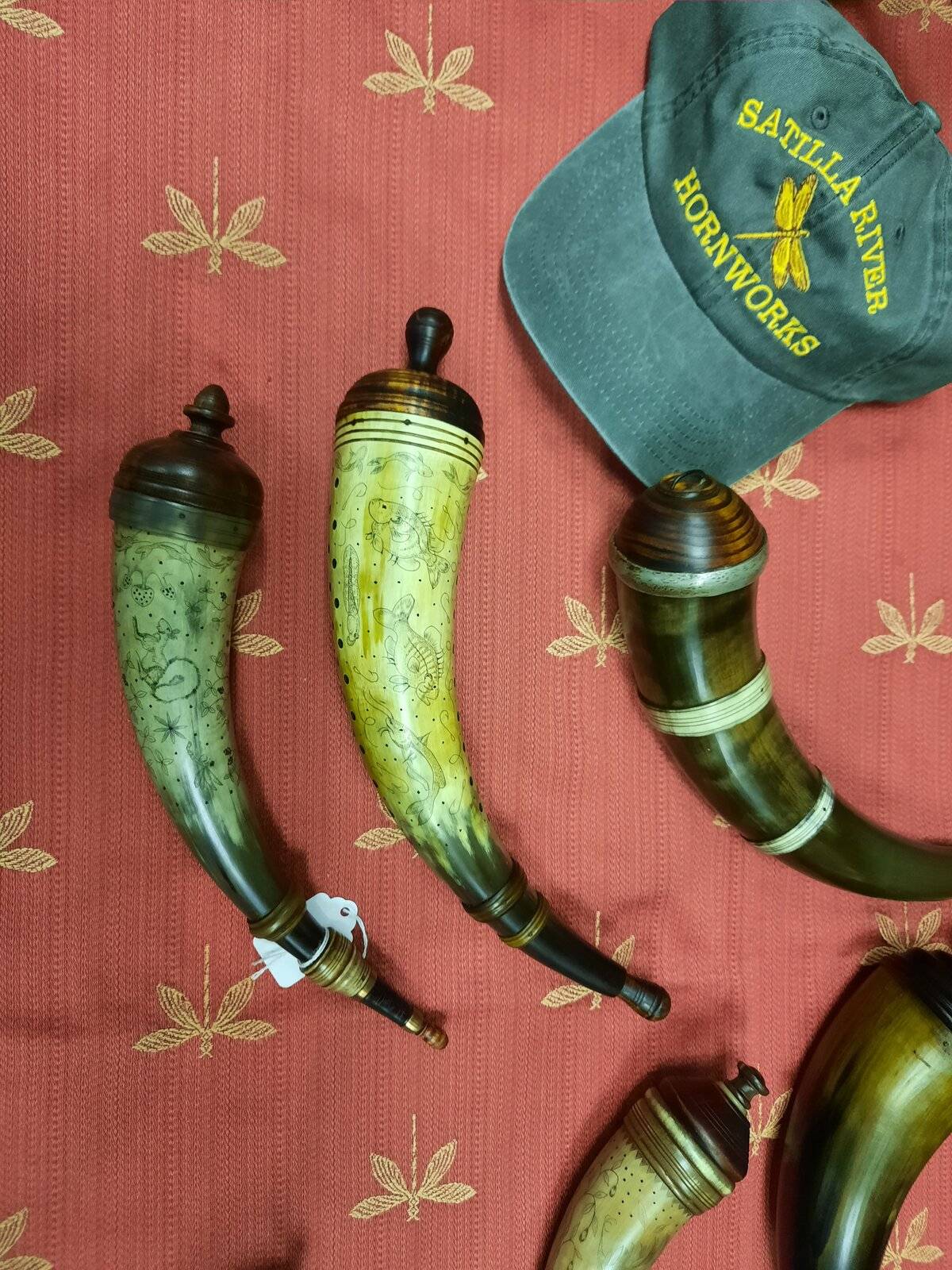 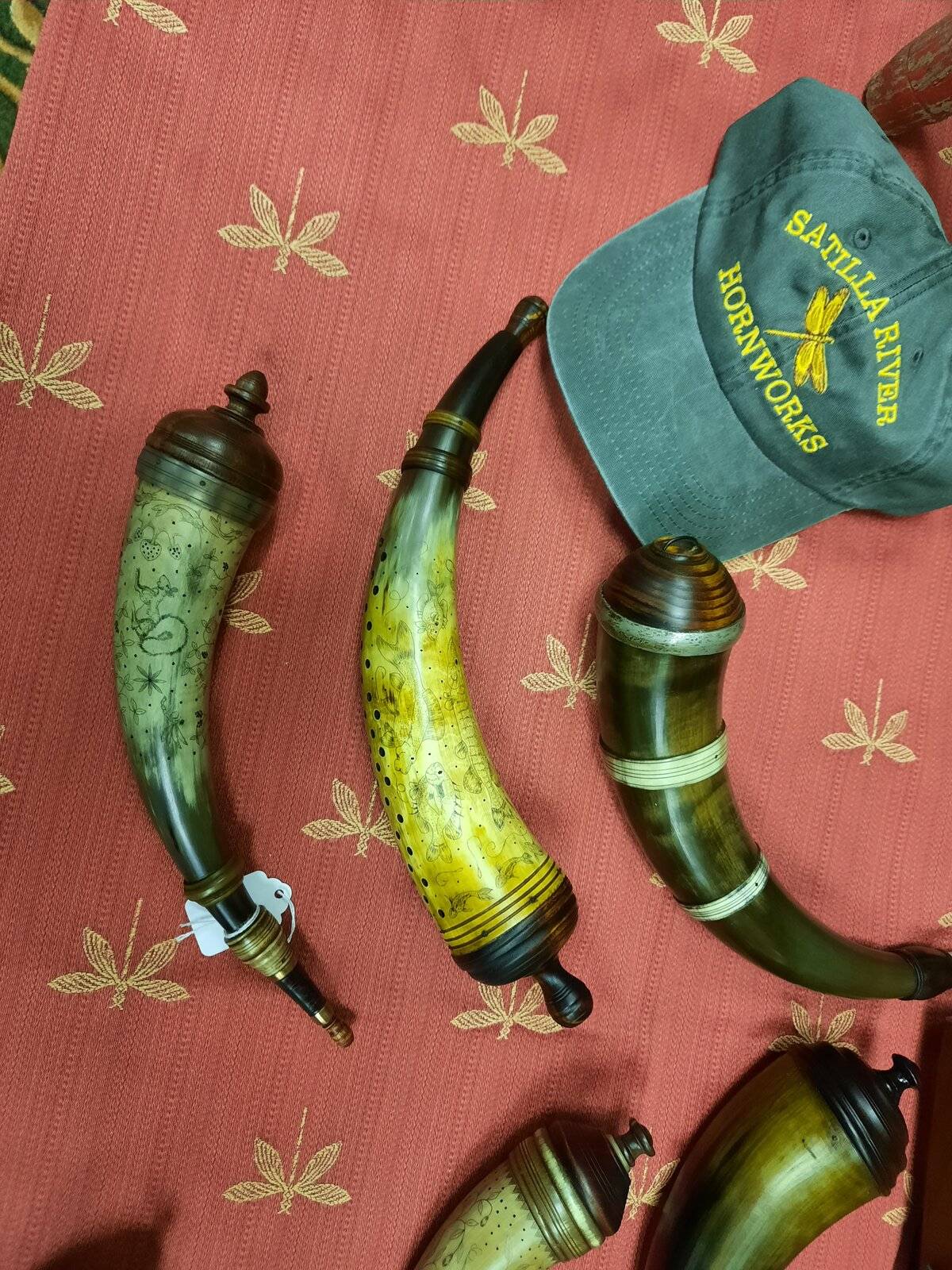 The middle horn is to carry crickets for fishing. Those are not dots, they are holes.