New home construction. Ceiling joist are 16' 2x6 on 16" centers. It's too late in the construction to change the joist size, but if the joist were doubled, would it be strong enough to support a room above? 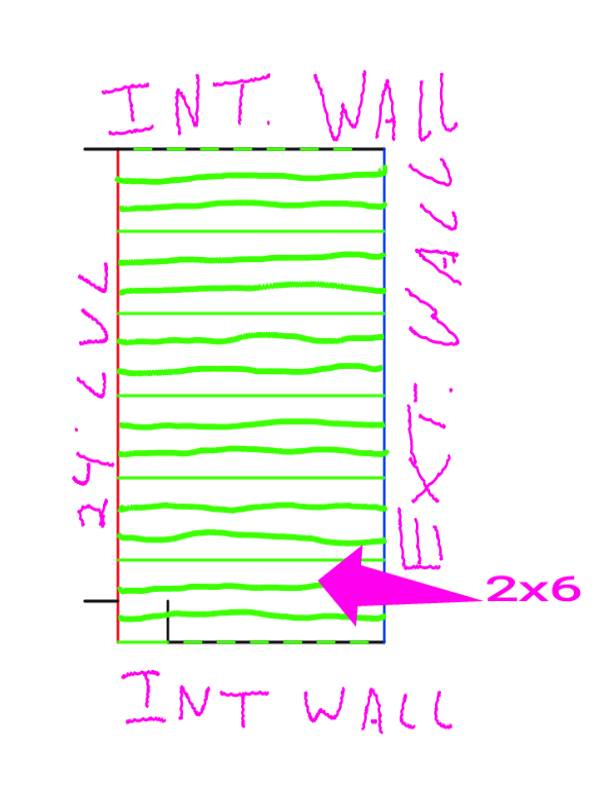 Sent from my QTASUN1 using Tapatalk
B

What is the horizontal span of the joists?
https://www.thespruce.com/floor-joist-spans-1821626
W

Buccaneer":1fiem74l said:
What is the horizontal span of the joists?
https://www.thespruce.com/floor-joist-spans-1821626
Click to expand...

Sent from my QTASUN1 using Tapatalk

I would think adding an additional 2x8 in between would accommodate most rooms. I have seen 2x 8 on 12” centers used. Yours would be 8” centers. Would also help to block or cross brace in between.

Forgot to add that i would still get an engineer to sign off on it though. That is the only way to be sure and protected.

Alot of codes dept will require a engineer letter on something like that. The addition of a second floor can sometimes be restricted by the size of the footing. If the footing is minimum width/thickness for a single story a second floor would not be permissible by code unless the footing can carry the load. If you need an engineer PM me. I work for a engineer that does that sort of thing everyday

Also that LVL may not take the load. I'd definitely get an engineer.

It all hinges on the LVL size and calculations to support a floor load. That same LVL will also bear the ceiling Joists, well techNicaly it bears 1/2 of each load. I will send you my number. I don’t mind to help anyway I can.
W

Sent from my QTASUN1 using Tapatalk 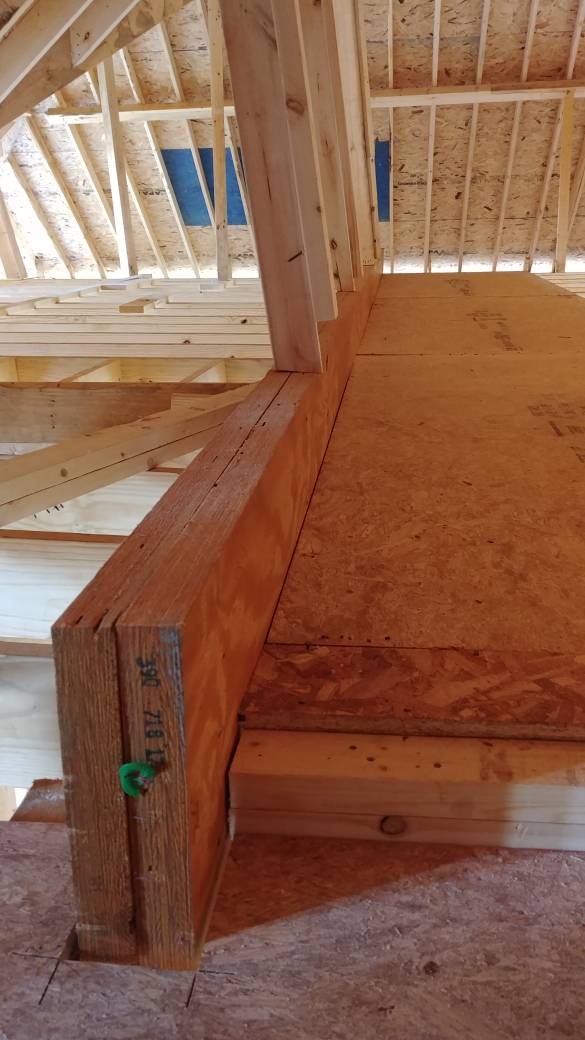 Just saw your pic. Your roof is supported on those LVLs, I see now you won’t have a ceiling load. The live and dead loads are increased with a floor load instead of the ceiling load the beams were intended for. Hard to slap another one in there now, but if you want the square footage better late than never.
Share:
Facebook Twitter Reddit Pinterest Tumblr WhatsApp Email Share Link