Hey yall, searched for a rut report thread for this year but didnt find one. If there is one I missed please delete this.

I know its early but just watched this guy sniffing the ground behind a yearling doe (Rutherford County). Dont get me wrong he wasnt pushing her but was certainly interested. Guess I need to carry my bow when I let the dog in haha.

Sorry for the blurry pic, my phone was all I had at the time.

Heard and caught a glimpse of what I believe was some pestering/chasing in the blind yesterday. Could hear them running for several seconds, then a flash of deer in front of me, then quiet, then running again for several seconds. Could not identify the deer when I briefly seen them but it wasn’t spooked deer, I know that much. Carroll County
T

Monday, the 2nd, saw the buck in the attached pics 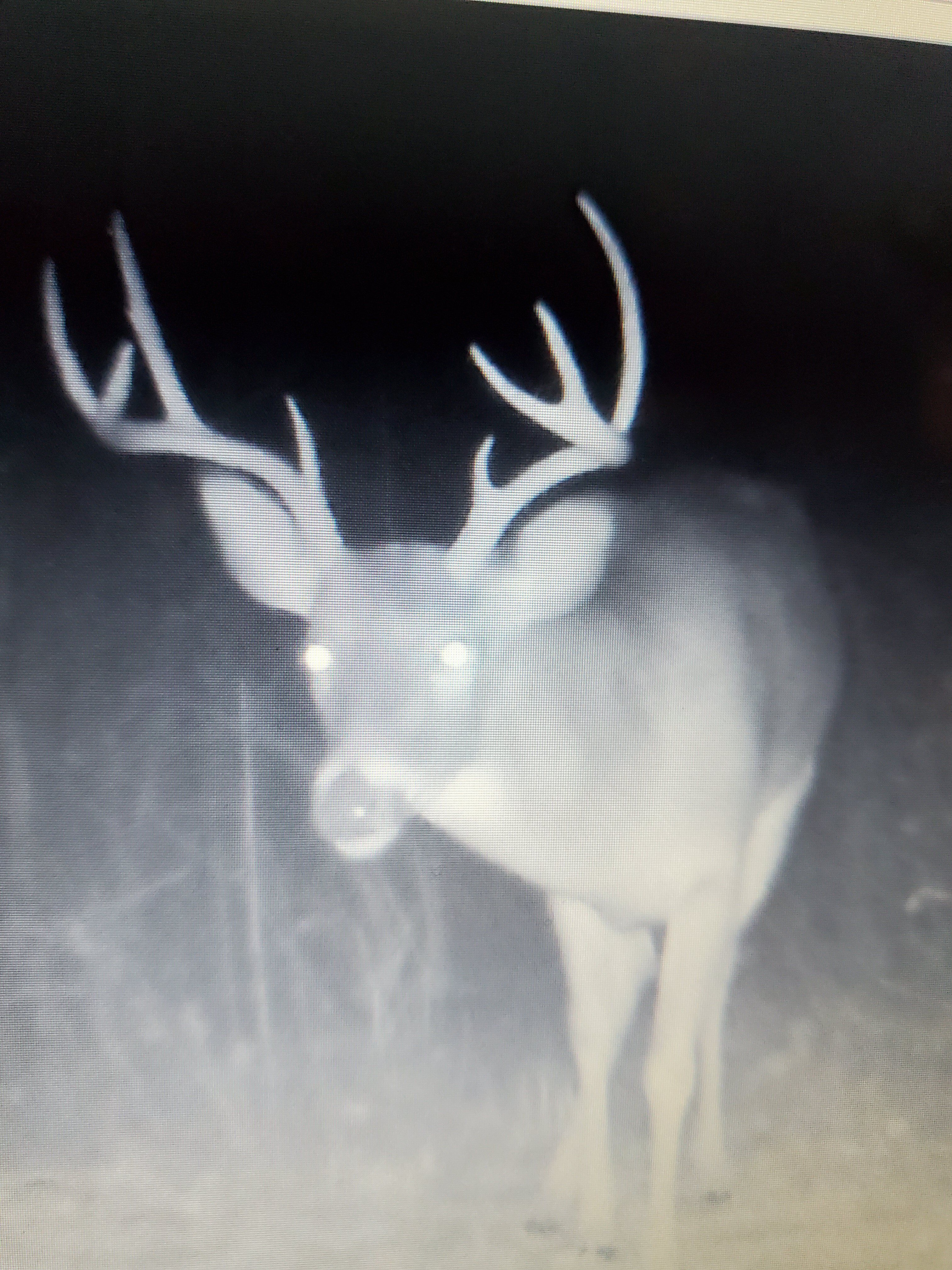 chasing a doe at around 8:05am. But I let him go, b/c the angle i had made me think he was a smaller 7-pt.
See other pic, his front claw turns in funny.

Wednesday, the 4th, the big guy returned around 8:30am, presumably to check scrapes, as he does each night two or three times. Of course, I didn't learn any of this until AFTER I pulled the camera cards last night.
A nice, mature doe passed by an hour ago (915am), same area, but nothing was in pursuit.
ALL of my activity had been at least two hours after first light, deep woods, usually 3 to 4 hours.
Idk if this was helpful, but I experienced a lull of over two weeks seeing nothing, then BOOM!!! Deer activity. 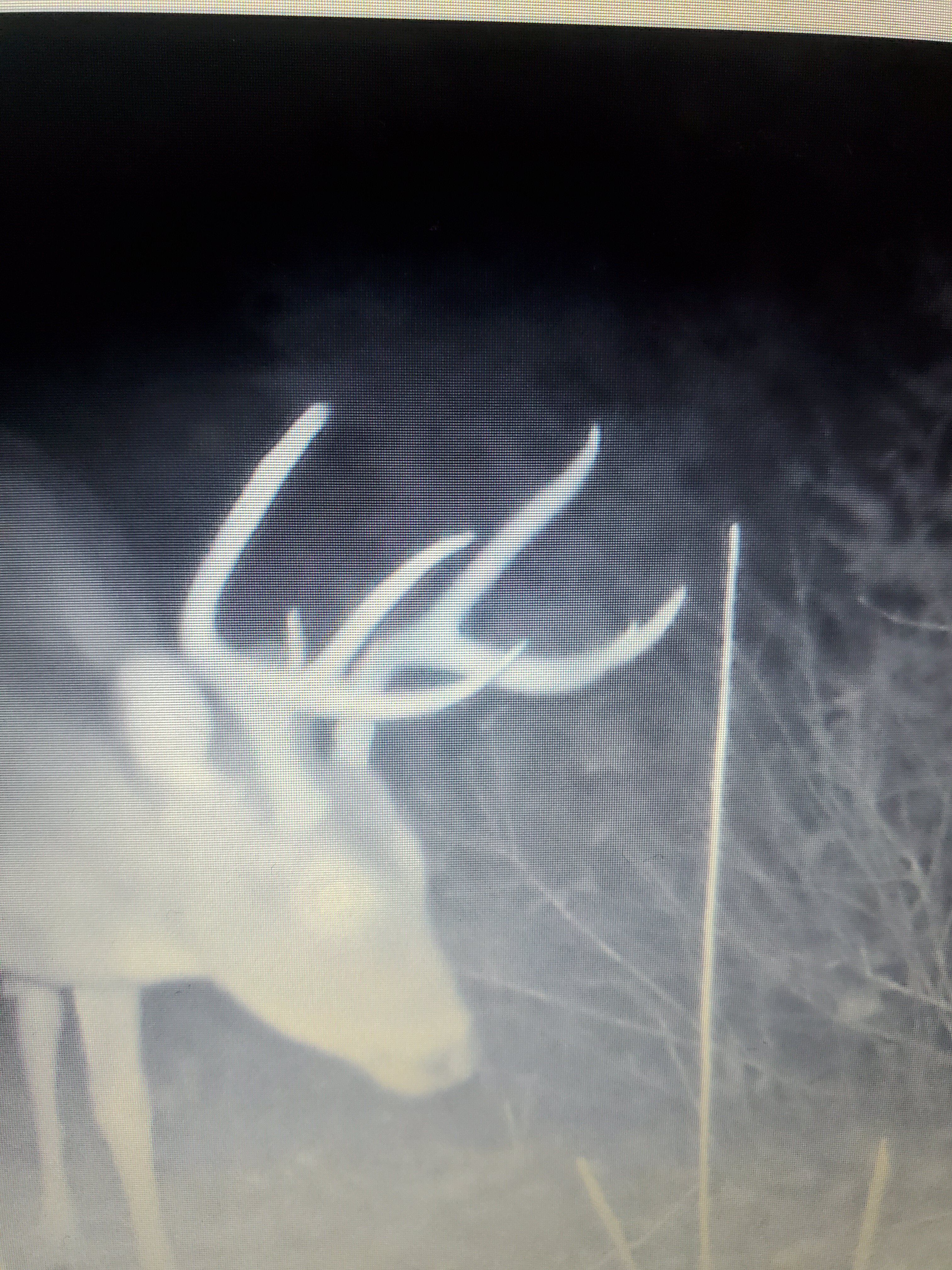 It’s picking up. Bigger bucks are starting to tend scrapes and check does in my areas. Hot weather coming is gonna suck!
H

Witnessed a 6 pointer chasing a doe Monday morning in Rhea County. Caught me by surprise! Ran her all over for about 5-6 minutes.

Monday of this week I was driving through Weakley county and witnessed in 2 separate fields a couple of big bucks after does. Last weekend on Juvy in Fayette county I saw zero rut activity. Saw a ton of does and a few smaller bucks. 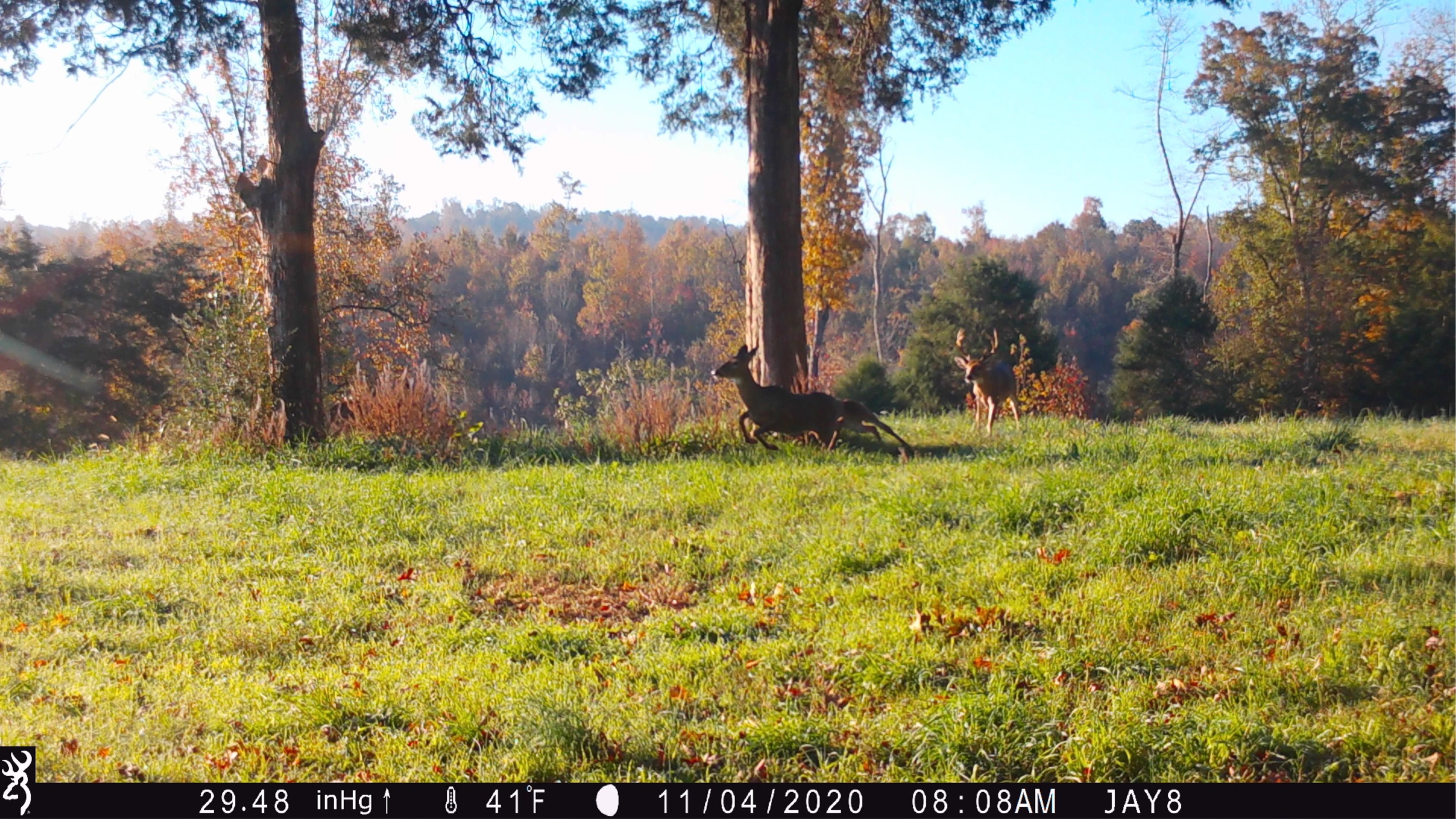 That is BEAUTIFUL JAY B! If that was at our place, I'd frame it and hang it in our cabin

Central and northern Middle TN it’s heating up for sure. Have seen a couple cruising and one buck locked down with a doe on Monday evening. And lots of dead spikes on the interstate

JCDEERMAN said:
That is BEAUTIFUL JAY B! If that was at our place, I'd frame it and hang it in our cabin
Click to expand...

Thanks , very fortunate to be allowed to hunt this little spot , it sold a month ago and luckily the old landowner vouched for me and got me in with the new one. Pretty thankful!
S

There was a lot of deer carnage on I24 between Nashville and Clarksville today. That is normally a sign it is getting ready to get right.

scn said:
There was a lot of deer carnage on I24 between Nashville and Clarksville today. That is normally a sign it is getting ready to get right.
Click to expand...

Grunted in a nice older mature 8 this morning. Heard him running along grunting, with a couple of hits on the grunt call he circled down wind and right below me. Didn’t present a shot from that direction but he stood right below me. Exciting none the less. His neck was nice and thick. It’s beginning to heat up! Davidson county
H

huntncoach said:
Witnessed a 6 pointer chasing a doe Monday morning in Rhea County. Caught me by surprise! Ran her all over for about 5-6 minutes.
Click to expand...

My buddy is at our lease and saw several deer this morning - one being a small buck chasing a doe. Pretty good action this week in Rhea. Heading down myself later this evening.
B

Weeks away from any meaningful rut activity over this way.
S

I know of a nice bonus buck that was killed this morning on a federal refuge hunt. He was “cruising “.
S